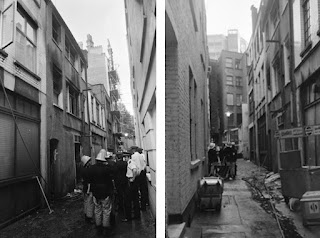 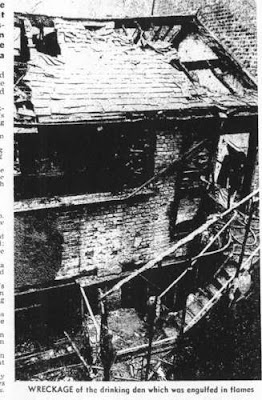 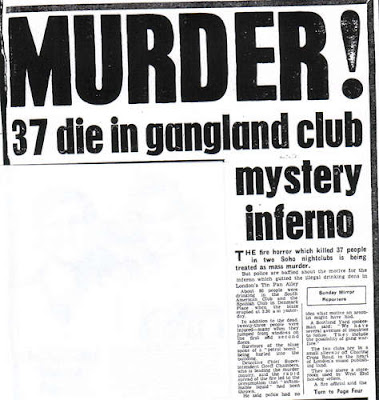 
EDITOR'S NOTE: In early 2012, a reader of the London Fire Journal requested assistance in locating the wife and child of a relative who was killed in this tragedy. The reader, from Panama, had lost touch with the relative's wife three decades ago. On April 14, 2012, the Fire Journal received information that helped bring the case to a close. We are pleased to report it appears to be a very happy ending!

On Aug. 15, 1980, a patron ejected from a Soho club returned with a can of gasoline, lit a match and killed 37 people attending a farewell party - London's deadliest fire since the Blitz at that time.

"There was very little showing at the front; at the rear, the building was an inferno," according to the website of the Soho fire station. "The entire building and staircases were engulfed in seconds. No one inside stood a chance."

The initial call came into the London Fire Brigade at about 3:30 a.m., and proved to be a "bad address" - a location off the Soho station's fireground.

Firefighters were then directed to the club on Denmark Place, which was frequented by South Americans and Spaniards, many of whom were illegal immigrants.


Firefighters assigned to the Green Watch extinguished the fire; Red Watch crews were responsible for recovery of the bodies. The club wasn't licensed.

"We only realized what really happened when we got the fire out and managed to get inside," said a fire brigade spokesman quoted by United Press International.

Initially, London police suspected the fire may have been tied to a dispute between drug gangs or, in a strange twist, feuding hot dog vendors as hot dog carts were stored in a room in the club.

Instead they charged John Thompson, 42, described as a petty thief and drug addict.

After arguing with a barman, Thompson purchased a gallon of gasoline at service station, poured the fuel through a letter slot at the club and set it alight.

He was sentenced to life in prison in May 1981 and died of lung cancer on the 27th anniversary of the blaze.

Colombian Elizabeth Mercado, 30, the guest of honor, jumped from a second story window along with Eduardo Trujillo, 28, also from Colombia.

"Everywhere there was the smell of petrol and very black smoke - plastic dripping from the ceiling of the club," said Trujillo, quoted by the Associated Press.

Many of the dead were found still seated at tables; other tried to flee.

"The fire spread too fast for them," said Ray Baldwin, a divisional fire officer.

Locked doors blocked escape routes from the venue, which went by the names "Rodos" and "Victor Gonzales."

"We came up against a music shop where there was a man in a desperate state. He was trying to break the security grills on the shop window to get out."

"The man was hysterical. He kept screaming 'there are hundreds dead up there'."

"In front of us was the fire escape to the club and we could immediately see every window had been blown out."
"There was one body on the staircase, one on the landing and one as you went into the building."

"On the first floor there was a kitchenette area and that is where the man, who we had helped out of the music room window, had escaped.
"He had had to climb over bodies three deep to escape."

"As you walked up the stairs, you went into one of the rooms and it was as if the bodies were dominoes that had been pushed over.
"It was like they had been frozen in the same position they were in before the fire started."